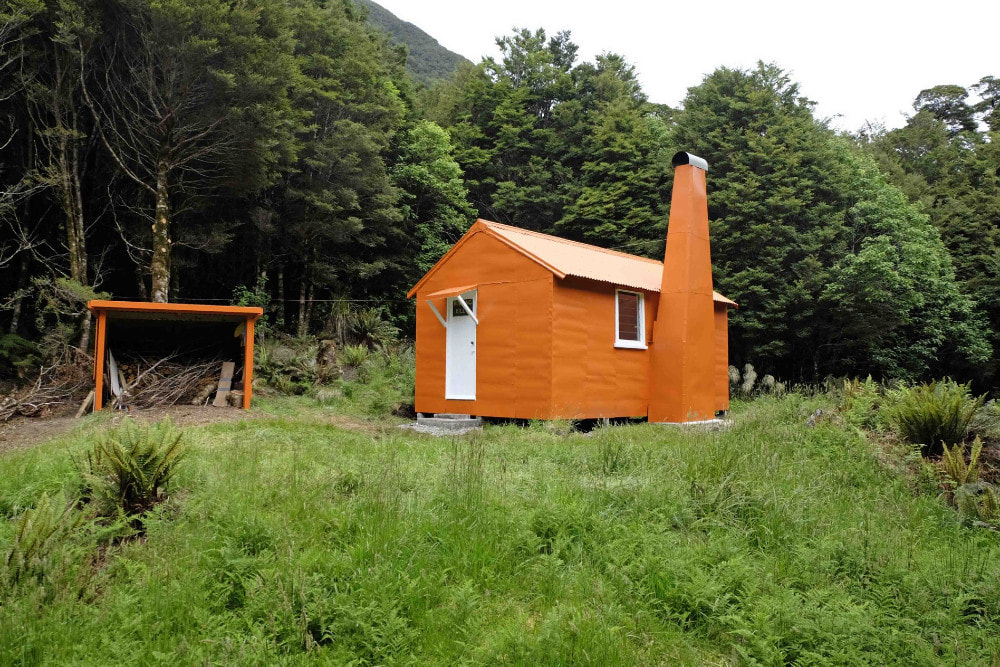 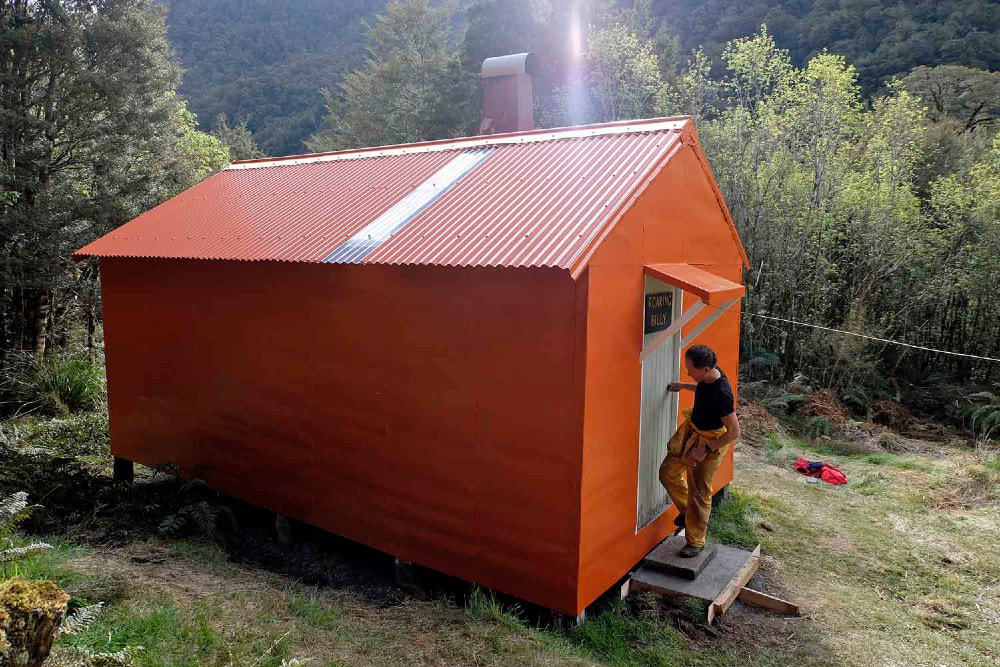 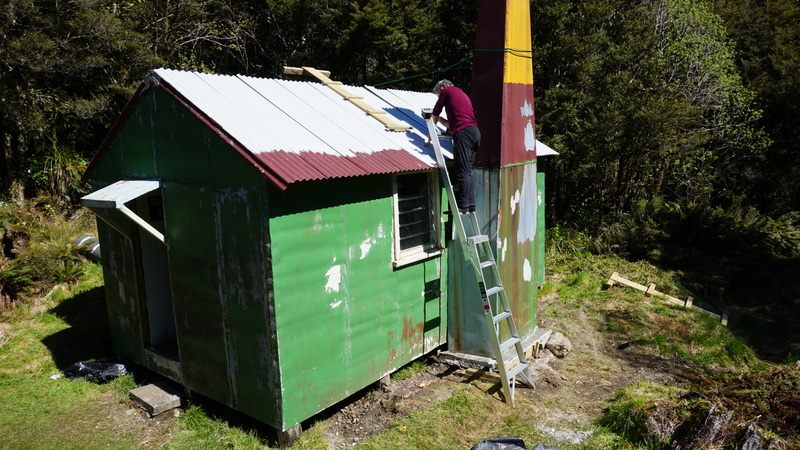 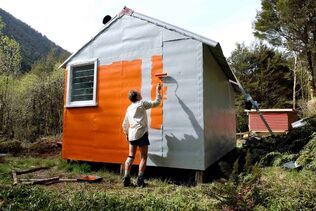 Hut painting 2015
Maintenance Status
Roaring Billy Hut is a Permolat maintain-by-community initiative, with Geoff Spearpoint as contract signatory. Geoff secured some Back Country Trust funding, and with the assistance of Hugh van Noorden and Peter Fullerton, did some major maintenance and painted the Hut in early November 2015. A second trip in with a work crew a couple of months later finished the job off. The Hut had had limited official maintenance prior to that, the last probably around 2005. It has according to Geoff, one of the best designed loos around. Foot access was, up until recently, via a very overgrown track on the TL of the valley. This is after a crossing of the Haast River by either raft, or jet boat. The track has had bits of work done on it between 2015 - 2021 but there is still a section in the middle that is unmarked but easily navigable through intermittent river flats.

Access
Jet boat, kayak or raft across the Haast River. The track starts on the TL of the Roaring Billy and climbs very steeply past the waterfall at the start of the valley. The track was cut and marked from the Hut to first big flat downriver in 2016. In 2018 a tapeline was put in from the Haast River end following the old track line, and then trimmed to the first major flat. The next section is unmarked along river flats that are connected with forested sections that have light deer trails through them. The track is marked where it enters the bush again for the final stretch through to the hut, and work was done on this in April 2021. Allow 4.5 to 5.5 hours for the walk at present. An overgrown track – which has had intermittent work on it since 2015 – continues up the TL of the valley from the hut to the first large river flat.

Condition
The Roaring Billy is in good condition after its maintenance. The chimney was straightened and had a new base poured under it. Some sagging sheets of internal ply were replaced along with the roof ridging and skylight. The Hut's exterior was repainted including window sills. The team built a woodshed, poured a new concrete step for the door. They cut the track a short distance upriver, cleared the vegetation around the Hut and helipad. They also improved the start of the track downvalley. The second work party replaced the door stud and rehung the door, adding a few missing dwangs, finished a few more inside panels, then painted the inside, chimney, woodshed, and toilet. Drains were dug around three sides of the Hut and the access track to the River improved. It had an internal going over and mattresses scrubbed to remove some black mould in April 2021. The internal mould issue would be significantly improved if a tier of vegetation was removed from the southern side of the Hut. Some large trees would have to go in the process. Some track work was done down valley in 2021, however there is still a mid-section through intermittent river flats which has not been cut, but is followable on light deer trails.

Repairs still needed
A new louvre latch on the western window to replace broken one; cutting back of vege and larger trees around the hut and heli-pad; monitoring of potential moisture incursion in the hut; and despite its low user numbers, a new toilet hole will need to be dug soon.
Provisions on SiteA hammer, wrecking bar, saw, a few nails, a chisel, detergent, lots of miscellaneous cleaning stuff including Moss and Mould wash, a billy, an ash bucket, aluminium basin, hearth shovel, broom, shovel, axe, roll of insect netting, 2 x louvre window panes and a 10 litre plastic bucket with miscellaneous tools left.
Powered by