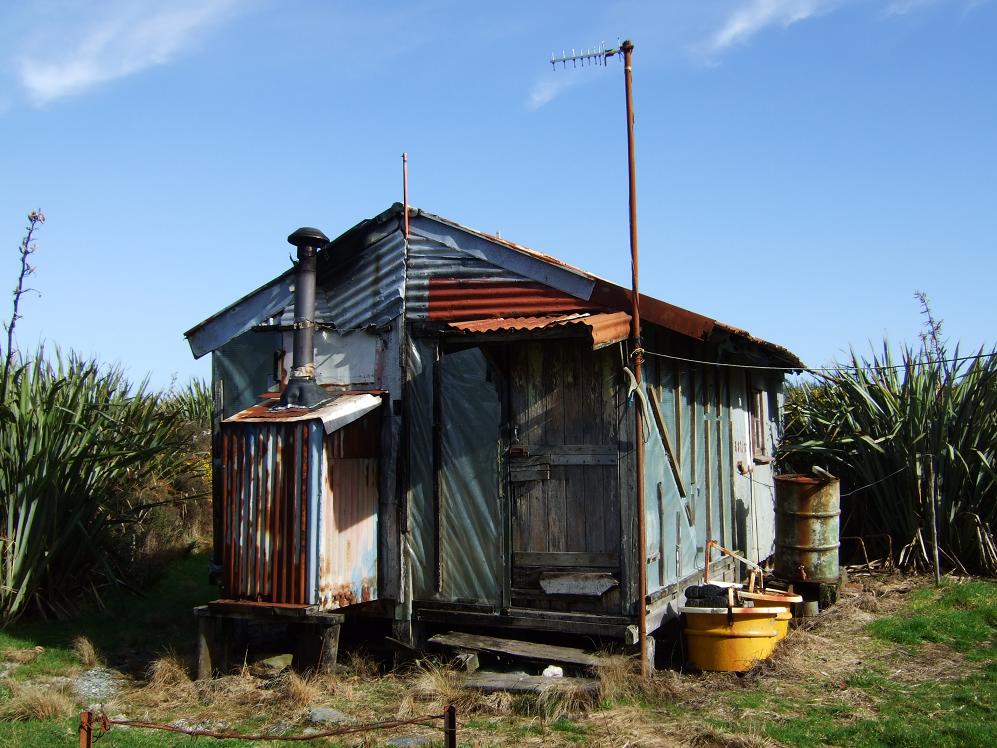 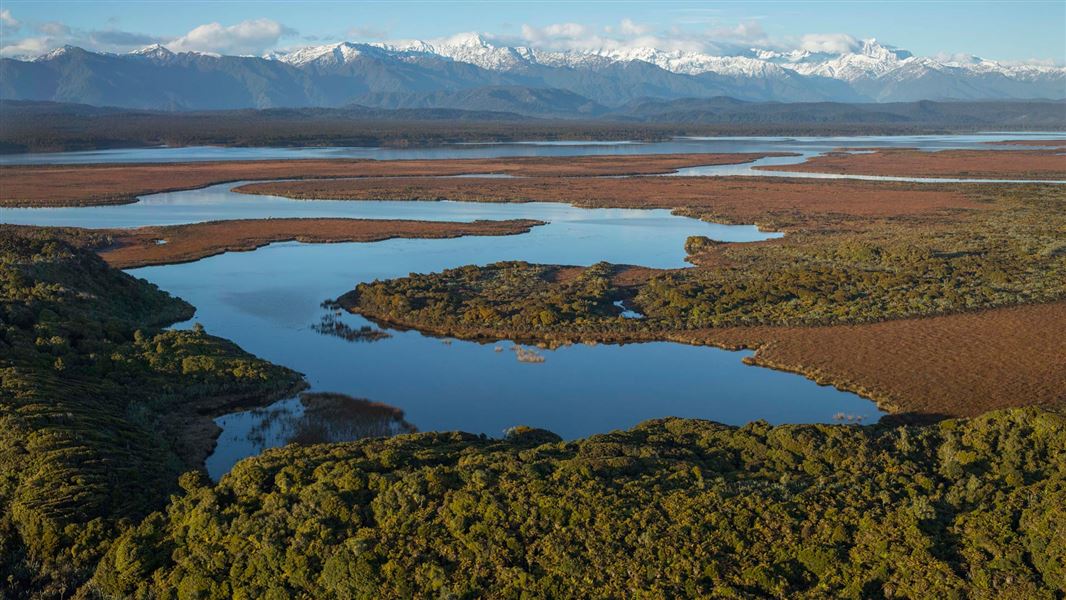 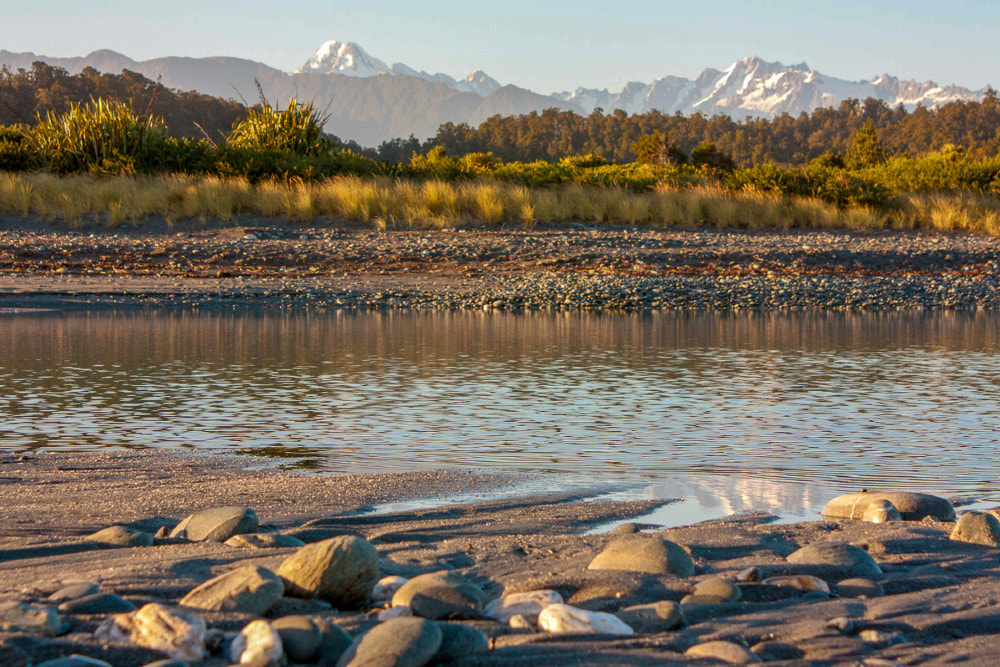 Maintenance Status
Top Okarito Hut, a.k.a. Okarito Lagoon Hut, or Okarito Duckshooters' Hut, is a maintain-by-community project. Bruce Reay of Haast is its signatory, principle and self-appointed caretaker. The Hut was privately built in the 1950's and DOC were keen on removing it. Bruce who is renowned for his tenacity when it comes to dealing with bureaucracy persevered and eventually managed to get the Department on board. He now has a 10-year contract to look after the place.

Location
Okarito catchment. Map BW16. GPS Ref: E1374239/ N5218190 (BW16 742 182). Altitude 0m. Top Okarito Hut is located on the sandspit at the top of Okarito Lagoon, near Commissioner Point. The Hut is on the seaward side of the top arm of the Lagoon and the furthest North of the various dwellings on it. It is sited a few metres within the boundary of the Waitangiroto Nature Reserve (of white heron fame), and theoretically requires a permit for entry under the Reserves Act. It is unlikely that the Hut's users will have to go through this process, however it is certainly worth mentioning. The Hut is surrounded by gorse and bracken on the beach boundary, and harakeke (flax) and marram grass are the dominant species of the sand spit vegetation. On inland side it's a wetland ecosystem, transitioning to dense coastal podocarp forest on the raised areas above the Lagoon. It's a beautiful spot with potential for beach bonfires and surfcasting when the sea is calm. The Hut currently gets around 12 visits per year. There are photos in the Hut of boats tying up to it, which presumably happens when the Lagoon outlet blocks up. The hut has been subject to flooding in the past!

Access
Top Okarito Hut can be reached by kayaking up the Lagoon from Okarito. Alternately, a short crossing can be made from the old wharf to the sand spit opposite town, and the remainder of the journey made on foot up the beach to the Hut. Both approaches take around two hours from Okarito village. On the rare occasions that the Lagoon dams up, 4WD access would be possible.

Type
Top Okarito Hut is one of the numerous basic, non-legal structures that appeared in various locations along the West Coast during the last century. It was built some time in the 1950's by persons unknown and has four bunks and a firebox that smokes a bit in NE and Easterly winds. Locals have brought in a new woodburner, but Bruce hasn't done anything with it yet. There are water tanks to collect drinking water. According to Bruce this is the "most historic" hut on the Lagoon and the only one that is unlocked and open to public access. The remaining half dozen in the area are more palatial, but are owned and locked. Bruce stores some of his gear in the Hut and visits about once yearly, usually April – May, "to sweep out the rat shit," and trim the gorse and bracken. As far as he is concerned anyone may use it, provided they don’t interfere with his gear, take care not to burn it down, latch the door on departure, replace firewood, and sign the hutbook to give an indication of levels use and provide feedback.

Condition
Top Okarito Hut is dry, weatherproof and rodent free at last report, but there is heaps of work that could be done on it, including installing the new woodburner. Take a mosquito net if visiting in summer.

Routes
There is an old benched miners track heading over the bluff a stone's throw north of the Hut, which Ken keeps open.

Repairs needed
Top Okarito would benefit from some considerable general maintenance and painting. In particular, the steps at the door need fixing up.

Provisions on site
A few billies and a camp oven. Bruce's gear is also stored there. Please don't interfere with, or take any of it.
Powered by