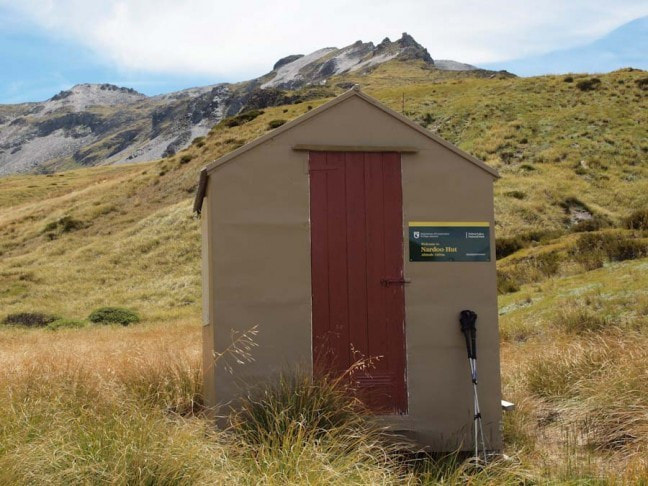 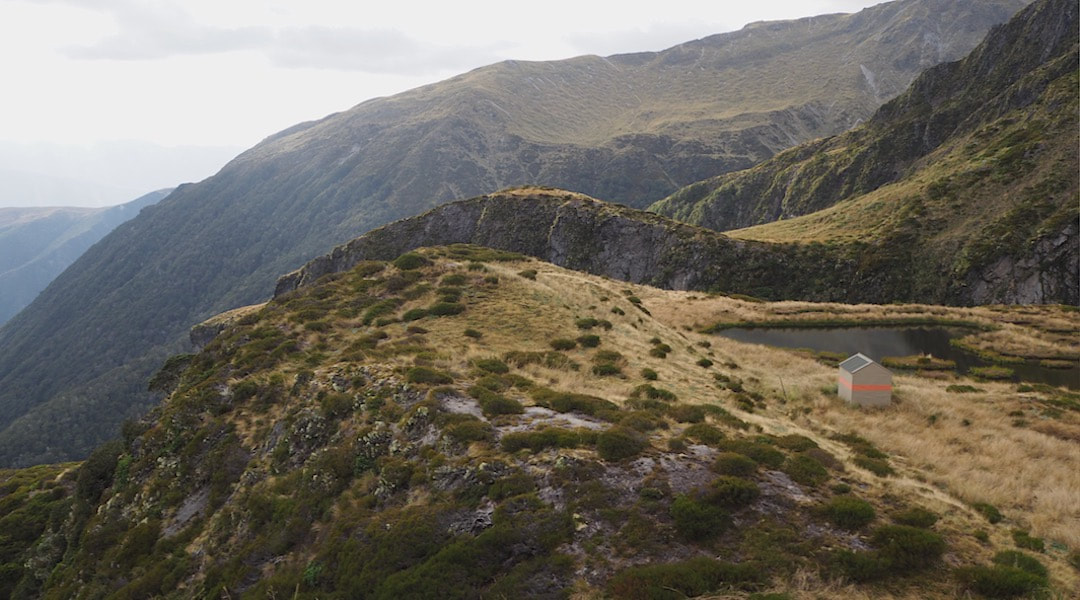 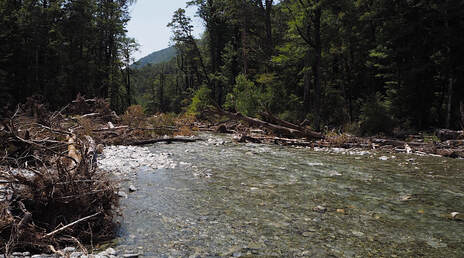 Flood damage in the lower Nardoo: Photo Graeme Coop
Maintenance status
Nardoo is actually a high-stud bivouac but is named as hut on all the maps and other info sites. DOC have been doing some low-level maintenance on it over the years, and will be teaming up with Back Country Trust this summer 2012/22 to give the hut a once over.

Access
River access up Nardoo Creek has become increasingly gnarly over the years, however the re-cutting of the route is scheduled for this summer in conjunction with the hut work. DOC also intends opening up a new section of track down the spur from Nardoo Peak in order to establish a more viable tops option. Some parties are opting to use this high route anyway and are accessing the tops up a leading spur through moderately steep beech forest from lower down Nardoo Creek. ​For those choosing the Creek route, an old four wheel drive track that goes up the TL of the Matakitaki River and over a low saddle between points 580m and 590m into the Nardoo is used. From this point it is generally better to follow the riverbed even though many of the river flats have been severely damaged by recent floods. Although the original trackline has been washed out in a lot of places, it is relatively easy to cross and re-cross the creek. This needs to be done numerous times to skirt bluffs and areas of windfall., using the marked track when found. The creek is relatively flat and quite fast travelling once you reconcile to getting your feet wet. From the creek crossing at the end of the top flat, the track through the forest is well marked with orange triangles (except for a short section right near the big bend which is overgrown with red beech regen and a few windfalls). There are poles from the bushline to the Hut which look as if they've been supplemented in recent times. Allow around eight hours from the Ella Station DOC carpark up to the Biv.

Being sited in Nelson Lakes has meant that helicopter access to Nardoo Biv was up until very recently prohibited, however rising deer numbers have led to a change in policy. DOC is now allowing managed fly-in parties to land within Park boundaries for hunting purposes.

Type
Nardoo Biv is an NZFS S86 design built in November 1965. It is lined, with two bunks (with mattresses) and a single louvre window. Water is from the tarn next to the Biv or the creek. There is no toilet. Des Mills was one of three guys who built Nardoo and he's said he'll provide some photos and history at some point.

Condition
Nardoo Biv will have been minimally maintained since DOC took over the tenure but it seems to have held out well. The window frame isn't in great shape. The paint is flaking and the wood rotting and letting some moisture in as they all tend to do. The paint on the door is flaking. The rest of the structure is reportedly sound. 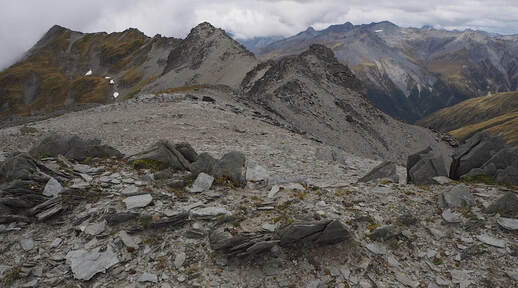 Emily Peaks from Point 2024: Photo Graeme Coop
Routes
There is a high-level circuit for the fit and experienced that incorporates Nardoo Biv, Burn Creek Hut, Burn Creek and the Matakitaki, and takes four days. Access from the Biv onto the crest of the range is possible directly up through some steep country to point 1786m. A gentler but longer approach can be made from the head of the basin to the saddle SE of point 1840m. The crest of the range is then followed to the saddle between points 2024m and 1952m. The option here is to either drop down directly into the top basin of Burn Creek or continue along the range to just past point 1952m and drop directly down its SE spur to the Hut. The creek option involves a scramble around a 15m waterfall on its TL. This route is also more avalanche prone in the colder months and like the rest of the traverse is an alpine crossing and like the high route from Nardoo Peak it necessitates the carrying of appropriate snow gear depending on the season and conditions. In late summer and autumn when snow-free it is a more straightforward affair, although still prone to the usual alpine weather extremes. Allow 6-10 hours for the crossing.

Repairs Needed
A major catch-up in deferred maintenance will take place this summer. Most of it will be weatherproofing, sealing and painting work I imagine. A thunderbox will also be installed.

Provisions on site
A small wooden bench seat and an aluminium bucket.
Powered by